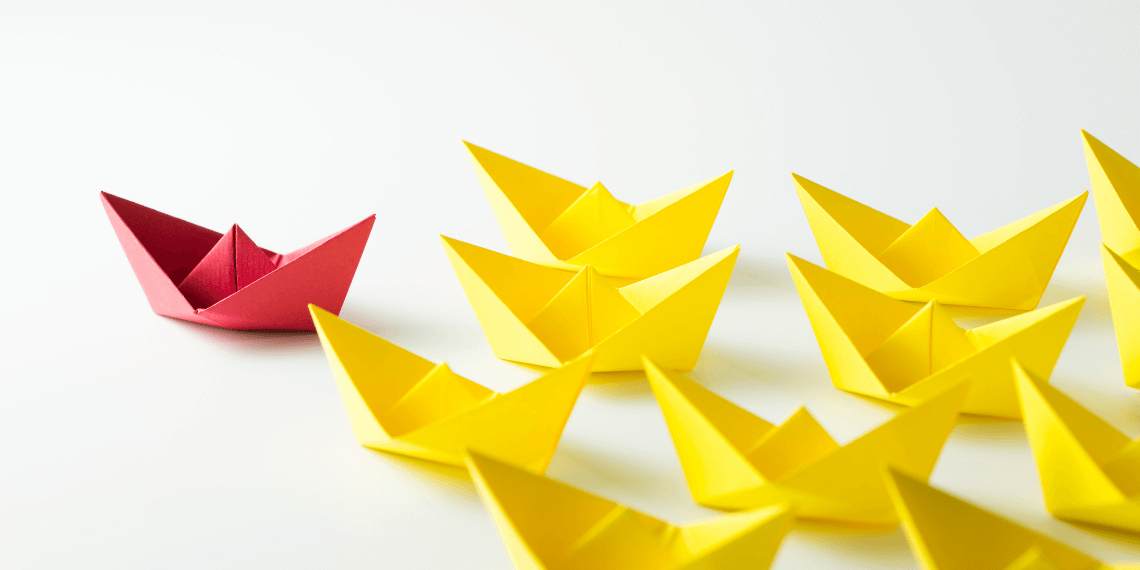 5 Ways to be an Influential Leader

Influential leaders are the driving force behind all of the greatest businesses globally. Great leaders recognise the strength of their leadership is built on their ability to adapt to changing circumstances and know how and when to seize opportunities amid a changing landscape.

Next steps are to influence employees, stakeholders and constituents to bring them along the journey. According to Merriam-Webster, influence is determined by the capacity of causing an effect in indirect or intangible ways.

So what are the key drivers to influencing people towards a common mindset?

Cited by industry leader and Chair of Coraggio, Michelle Laforest,

“Being an influential leader isn’t about having all the answers, it’s about having the strength to ask all the right questions. Any leader would advocate the road to success is long and winding, particularly during times of uncertainty. However, times of uncertainty are often when an influential leader can really make the most difference and greatest impact!”

Great influencers are known to create movements of people sharing the same values and trusting each other on a journey to create meaning.

Influential leaders recognise that empowerment forms a positive indirect relationship between an influencer and follower. It facilitates meaning towards a better future in exchange for an employee’s efforts to join this journey.

Therefore, to change people’s lives, you need to be in a respectful and authoritative position to influence, by adopting Coraggio’s following recommend methods.

1. Provide people with a sense of belonging and embrace accountability

People follow influence when there is a safe psychologically environment for knowing and trusting others with similar values rallying behind common meaning and purpose.

Leadership accountability means adopting responsibility for outcomes whilst demonstrating confidence in their team’s performance. Influential leaders hold themselves accountable and take responsibility for mistakes, without a “blame game” mentality.

To achieve this listen to what is spoken and what is left unsaid, in order for employees and stakeholders to feel validated, supported and confident they have the ear of management. If this dynamic ensues, they are more likely to be positively influence and consequently more productive.

One way to do this is to centre on the humanity of others by leading discussions with a relatable and relevant story appealing to employees sensibilities. Well-timed personal narratives, testimonials and impact stories can be incredibly powerful.

Respecting the opinions of others will automatically position you as a fearless leader and provide employees with a sense of validation and acceptance, which meets people’s fundamental primary need.

Adapt your vernacular to exhibit humility. For example instead of saying “you’re wrong”, reply with “I respect your opinion, however another perspective for consideration is…..”.

Double down on this positive approach by catching people performing well. Instead of looking for problems, highlight successes, as this will tangibly impact on establishing positive personal and professional relationships.

Furthermore, you will influence people by operating from your sphere of influence, your place of expertise and instilling confidence in your employees by stoically leaving everything else in their capable hands. This generates trust, builds confidence and facilitates greater team cohesiveness.

“I begin and end meetings with praise and pepper praise throughout. Meetings are not to only facilitate a “to do” list, I recognise them as opportunities to celebrate employees accomplishments, regardless how small”.

Integrity should not be forced or reliant on a title – however you will seamlessly earn people’s respect by acting authentically and behaving appropriately. Integrity sets a precedent business culture by leading by example. Does your public persona match your private values?

Cultivate a company culture by exhibiting the same characteristics expected of others, demonstrating an authentic commitment on a daily basis.

Furthermore, to positively influence others demonstrate integrity by becoming an authority in the area where you want to motivate others.  People argue over opinions, however, it is unlikely they will argue over facts and influential experts are across all the relevant facts.

To exhibit such a commitment you need to have a stoic vision for your business. How do you achieve this?

Enhanced supportive learning experiences from key opinion leaders and industry keynote speakers, are proven methods for becoming one of the best influential leaders.

Anything you can learn by yourself you can learn faster guided by a diverse array of experienced industry leaders facilitating fearless objective advice!

We encourage you to leverage Coraggio’s support system and capitalise on a give-and-take dynamic amongst people who have walked the path before, mitigating your business risk whilst future-proofing a sustainable business.

Operating a business typically presents complex issues to deal with, sometimes on a daily basis. Imagine if you could leverage the experience from an extensive group of industry peers to improve your decision-making and future-proof a sustainable business, whilst being held accountable?

Also imagine if you gained the peace of mind to seamlessly access these answers and navigate other business challenges, simply by connecting with entrepreneurs and business leaders? This is the strength of peer to peer and leadership mentoring.

Coraggio offers a mutual exchange of expertise, ideas and support system enabling you to capitalise on a give-and-take dynamic amongst advisors who have walked the path before mitigating risk to your business.

Coraggio Chairs are industry leaders, members are forward-thinking advisors and all Boards are dedicated to the ongoing success of their fellow member’s businesses, offering Fearless Objective Advice – that’s the Coraggion Spirit!

Want to be an integral member of a confidential group of business owners sharing their insights and experiences for the benefit of your business? Imagine how your business would benefit and grow from connecting with a broader community consisting of more than 400 high performing and driven business owners!

Explore membership today! Find out how our proven program can help you build a better business and become a better leader.

Attend one of our information sessions